Pt2. All this Machinery...Guest response from Marc DeGeorge from Solid State Logic

In response and addition to my blog: All this machinery making modern music... 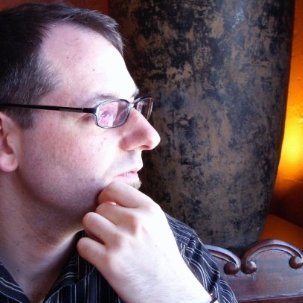 
Always good to see you (Tim) at the show (and elsewhere!). I think you are correct in thinking that there is a "gear hoarding syndrome" going on. I don't think it's a new problem though. G.A.S. (Gear Acquisition Syndrome) as it's referred to is an issue of the human condition. That is, we as humans look for the easiest solution to a problem. In many ways, that's a good thing. It's helped us survive and (sort of) evolve over thousands of years. However, there is the dark side of it, and that is the idea that (as you mentioned) a tool solves problems. If you have all the tools, then you can solve all the problems. The problem with that, as you know, is that that's only half the truth. A tool, applied correctly and skillfully solves the problem. It doesn’t solve the problem to just simply apply a preset, unless that preset just so happens to be exactly the right thing that is needed at that moment. Not likely.

Now, full confession here, as I work for SSL, a manufacturer, It’s part of my job to sell stuff, to hit goals and make money for the company I work for. We are in business not only to make great stuff, but to make a profit for our shareholder. While we don’t try to achieve this by giving out misleading information or by selling things to people that don’t need them, there are companies in the industry that unfortunately do. Telling myths makes your and my job more difficult, because now we have to dispel that misinformation as well as try to properly inform and educate with the correct info. I’d much rather prefer a world where everyone knows how to properly achieve great sounds and spends their time in pursuit of honing their skills. Perhaps one day!

On the other side of things, you mentioned songwriting (or lack thereof these days). This is really the result of many factors. A few of those being; the changes in the music industry, the huge supply of options really creating less choices, and the internet creating extremes. Popular artists are hyper-popular, and those who don't become multi-platinum getting washed out by the noise on top.

At the NAMM show, I was walking by a stand being built. Their boom box was playing a song from a semi-famous band, Zebra; "Tell Me What You Want." Zebra was never a huge success in their time during the 80s, but they were a great regional success. I’m sure they still have a large fan base here in the Northeast, and probably elsewhere, but they never went platinum, possibly not even gold. It’s difficult if not impossible to be a band like that these days, as it's either boom or bust, and very little in-between. While that's not entirely different that before, it's the extremes of which things happen. We are all so hyper-connected, and so flooded with information all of the time, that if an artist is not the biggest and the loudest right now and all the time, then they will struggle to be heard. Finally, it's not so cool to be in a band anymore. Shows like American Idol or The Voice are an effect of this individual ideal. The guitar heroes of today are DJs, or R&B and Hip Hop singers. That's not necessarily a bad thing, but that type of music is perfect for the now era. When it comes out, it either hits, or it doesn't. There's no time for artist development, and no money.

We are still in flux in our business. I do see some good and positive things out there. Change is happening, maybe not as fast as we'd like, but I do know that there are plenty of those still in the industry today that will not go quietly into the night. They will take a stand and fight for what they believe in: great music, preformed and produced with care and skill. I think we should seek these people out, and join them.