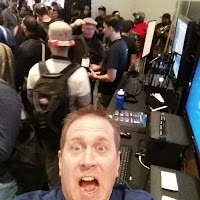 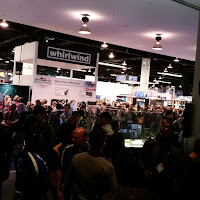 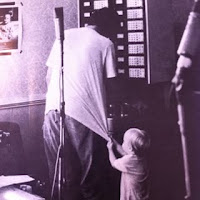 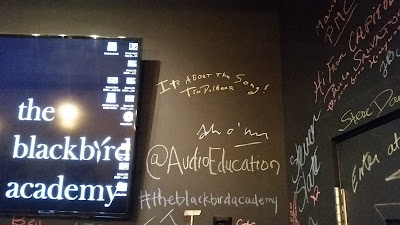 As I have written about before ( "What are you listening on?"), I like to check my mixes on headphones and earbuds. Of course I monitor while mixing through a Neumann K&H series monitoring setup but then switch over to check the over all EQ and how the mix translates using devices other than speakers in a room. I usually plug my headphones and earbuds into my Mytek Stereo192-DSD D/A converter, which of course has a very nice headphone amp built in.

Last year, Dan Hembree, who just happens to be my brother-in-law, left Rupert Neve Designs where he had worked designing many of their well know product to strike out on his own. His new company Crimson Audio LLC was soon established. 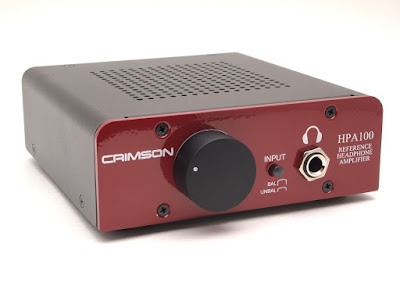 Dan quickly got busy designing up a soon to be released studio monitoring controller and other products, He also does design and engineering work for many other high end recording studio equipment manufacturers such as BAE, Nashville based Sphere Recording Consoles and Teagarden Audio.

The first product Dan has released under Crimson Audio is the headphone amp section from his monitor controller design; The HPA100. Last summer Dan asked me to beta test it so lets dive in...


I received the HPA100 and connected it to the outputs on the back of my Mytek Stereo192DSD and ran a wonderfully recorded classical recording out from my Sequoia workstation. I set up the volumes to match on both the Mytek's headphone output and the HPA100's output. This first test I simply came out the -10 outs on the back of the Mytek to feed the HPA100 thus leaving my studio monitoring unchanged. The HPA100 can accept a -10 or +4 input and you can select the RCA unbalanced inputs or the Balanced XLR-1/4" combination jacks by way of a selector on the front of the unit.

The HPA100 is a single headphone stereo channel amp and is meant for high quality listening, My live room headphone amps are made by Fostex (PH-5) and CAD, a 4 headphone channel unit. I also compared with these, though they are fed from my RME setups D/A converters and which are good, but are no Mytek D/A, ya know? 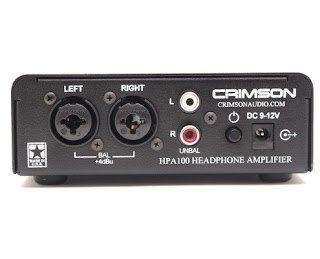 The difference between the Mytek Headphone out and the HPA100's output was not at first a huge difference. It seemed like the HPA100 had a slightly more open sound but at the end of the track, the music became more dynamic and the performance came to the big ending and there it was! I could hear a distortion in the recording, either a mic preamp or something in the recording signal chain clipping. Not digital distortion and not an overload feeding the HPA100, this was clip distortion from an analog piece of gear during tracking. I could hear it through the HPA100 and not through the Mytek.

I could also hear it through my Neumann monitoring system but not as apparent as the HPA100 revealed it. Amazing!  I was sold then and there.

Compared to the Fostex and the CAD, the HPA100 is in a different league. In comparison to the Mytek, it's a nice upgrade and worth it as it reveals noises and issues that were not reviled on other listening systems. If it can reveal such things and save me from missing something as important as this was to the classical recording, it's worth it!

Lastly, I asked Dan to send a unit over to Steven Epstein, a friend and decorated Classical Producer and he simply fell in love with it. Steve said about the HPA100 “The Crimson Audio Headphone Amplifier produces a transparent and natural sound which can be experienced in a variety of listening environments from the exacting demands of a recording studio to enjoying audiophile­-type quality at home”

Many Pro Audio shops will be carrying the HPA100 soon, but you can contact him directly if you want to test it out or buy one. It retails for $349 which is a fantastic deal for such design quality.