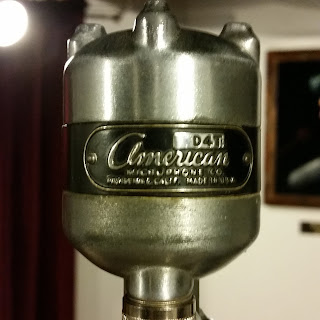 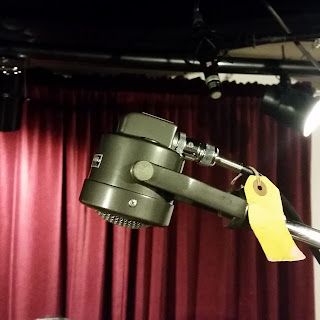 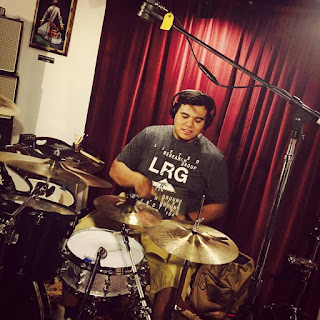 Cables and the re-appearance of Tone. The Colossal Cables Review

This is part 2 of Cables, connectors, patch-bays, pedals, and the disappearance of tone: Go to Part One


My good friend Paul Martinez told me about a cable company here in Austin called Colossal Cables that is selling world wide and gaining some real attention in the musician and studio world and the Audiophile world. He wanted me to meet the owner of the company Brian Mendes and check out what he was doing. So in late July we all went out for a meal and Brian brought me a few samples to check out.

He gave me his new prototype 20ft XLR Mic cable, a guitar cable called Sweet Fats, and a short speaker cable. All built very well with the finest ingredients and rapped in a cut resistant fabric. I tested these out against what I normally use which is mostly Monster and Mogami cables. I tested both in my live rig and studio here at Eclectica Studios. 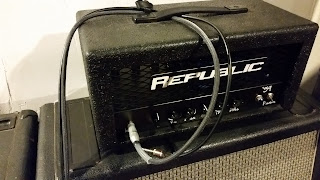 I started my testing by plugging in my Republic 50 watt tube head into my 1974 Marshall with well broken in Greenback 25watt reissue speakers, using this massive but short speaker cable from Colossal Cables. Then I unrolled the two similar length guitar cables: My Monster instrument cable and the Colossal Sweet Fats cable. Each cable I then rapped around the handle of the Amp and the other end around my guitar strap so I could quickly swap between these instrument cables.

The monster cable I had always used and even showed off in Part 1 of this article about cables sounded in comparison to the Colossal cable like a old cassette recordings and worst yet, the touch and feel of playing through it now felt like I had a dying tube in the input section of the Amp. What in the world? Just swapping between the two cables, Monster and Colossal Sweet Fats was disheartening to say the least. The Colossal cable had taken the sound and feel to a new level.

When you go from a Pro-Co or Belden guitar cables to a Monster cable there is a big difference, less mid sounding and more highs, but going to a Colossal Sweet Fats from the Monster cable was more then just a better EQ curve. Yes, the highs now sounded like a Low-Pass (High Cut) filter had been removed from my sound and the Mids had changed completely becoming solid, present, clear... But beyond the EQ change, the touch of playing the guitar changed. Hard to describe unless you are a player, but imagine the different between driving a car with 4 really low filled almost flat tires verses driving with them properly inflated. 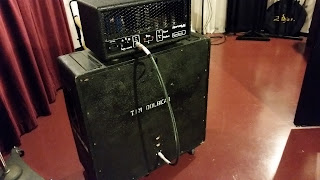 Next I tested the Speaker cable. Now remember that speaker cables are not shielded as instrument or mic/line cables are, as those types carry and a very small amount of voltage, sometimes less than a watch battery's voltage... a speaker cable carries AC electricity and instead of micro-watts, they carry 10, 50, 100 or even 1000 watts.

Though the Colossal speaker cable is built like a tank which is a plus for working musicians, it did not sound much different really to my standard 16 guage 4ft cable I normally use. Note: The speaker cabinet does play a part in this as guitar speakers only produce usable frequencies up to about 5k. Looking at a Spectral display of the frequency response of the recording, there is nothing coming out above 15k and from 5K to 14k, the level dropped from -30db to -90db steeply. So using this speaker cable on a full range speaker system or PA will give a different result.

I thought the 2 different speaker cables sounded different in the room while testing but this is why I record everything and listen back unbiased by visuals and excitement. On playback I am not hearing much difference. With lots of distortion set on the amp (High Gain), there may be a slight bit of upper harmonics coming though better, but setting the amp to a clean/bluesy sound, I don't hear a difference. I included this example too in the Test Files.

I then tested the Mic Cable, again great build quality, and the sound was again, revealing and Amazing! Using the Colossal XLR (still in beta at this time but you can special order them) added not only a nicer, truer frequency response but the resolution came alive. It reminded me of the first time I used my Manley Preamp, which was my first REAL quality preamp, and could not believe the resolution and depth that it pulled from the microphone. This cable did the same thing. In the example you can hear more of the "room sound" in the signal the mic captured. Amazing! Instead of the mic sounding like it's flat against the cabinet, suddenly there is depth and life.


Here is the kicker... the 20ft XLR Mic cable, is plugged into my wall box that is wired into my preamps in the control room, about 20FT from the panel. The cables I used are all good quality (Mogami)but still, they are in the chain of cables in the listening test, as the signal flows: Mix>Colossal XLR>Panel>Mogami runs>Preamp. So just replacing the 20ft run that is in the live room, between the Mic and the Panel yielded this amazing improvement. 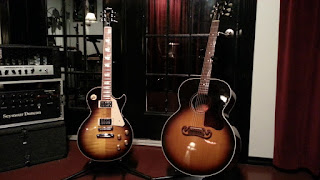 Lastly I tested the guitar cables again, this time my Gibson J100Extra with a LR Baggs LB6 pickup. The guitar, like all my acoustics, has no preamp inside the guitar, instead I use a Steward Active DI box. This means that a 1 million ohm signal, or very tiny almost non-existing voltage is leaving the guitar and traveling to the DI box where it is amplified up to Mic level. A good test for cables. In comparison to the monster cable, the Colossal Sweet Fats cable sounds more extended, again as if again a low-pass filter or high-cut filter had been removed. The smooth extend highs are really the most noticeable part to the improvement. I got similar results from testing my Fender Bass direct line into the Great River Preamp.


So, in conclusion, Its not a small difference, but a very big improvements using Colossal cables. These are a big step up in sound quality and in capturing the true sound, but they are not cheap... most in the $100+ per cable...and I purchased a lot of cables last night and I have more still I want to get such as to replace my room mic runs. In addition to the XLR Mic and the guitar cables, I also bought new lines cables to replace the runs from my Mytek Stereo 192DSD D/A converter to my powered monitors. Even though the runs are a higher voltage (+4 professional line level) I am hoping there is the same type of improvement. I will write about how that goes in a followup soon!

Today I received my cables for the monitor section allowing me to hook up the Mytek Stereo 192DSD directly through to my Neumann Monitoring. The difference is noticeable across the entire frequency spectrum, sound is more present, and the depth and resolution are all better now. This means that the new cable do make a difference even when running a +4 professional line level through them.

Now the consideration of swapping out more cable runs and I am already saving my dollars to do just that. This is an great way to upgrade your studio at its very foundation. I seriously recommend buying a Guitar or Mic ColossalFat cable and trying it out. As the example show, its not a subtle improvement, its a BIG improvement.