My Visit To Chez Boom Audio : Post Production - Deep in the Heart of Texas

In August, Argosy Console asked if I would visit Shayna Brown of Chez Boom Audio and write about their move to studio A at Tequila Mockingbird Studios. I hope you enjoy learning about: 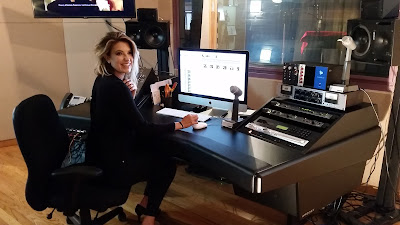 In the center of Austin, just a few blocks west of the State Capital of Texas, is a studio rich with history and vibe called Tequila Mockingbird.

Known for hosting musicians from the Central Texas area such as Bob Schneider, Shawn Colvin, Dale Watson and so many others, this multi room studio compound has the look and feel that encompasses the charm that one hopes to find when you visit a studio located in such a music and film driven town. Tequila Mockingbird is also home to Emmy nominated and highly sought after audio engineer Shayna Brown’s Chez Boom Audio. In early August 2015, we got the opportunity to visit Chez Boom Audio and learn more about the workings of this post production professional.

Shayna Brown has worked with an amazing array of industry heavy-hitters throughout her years of work as an audio engineer doing voice over, film mixing, television and radio advertising, music editing and her specialty ADR or Automatic Dialog Replacement for film. ADR is the process of replacing the actors’ dialog that was recorded poorly while on location. Actors come to Chez Boom and redo their speaking parts.

Brown has hundreds of film and television credits including True Detective, Supernatural, Revolution, 12 Years A Slave, Gravity, Sideways, Once Upon A Time In Mexico…and the list goes on. A wide range of work that shows she is at the top of her game. But let’s step back a few years to when a 15-year-old Shayna Brown landed herself an internship at Tequila Mockingbird Studios.

“My father is a musician so I grew up in studios and so it’s very familiar for me. When my dad was in the studio, I would just go with him and help him out,” Brown said. “Then I started interning at Tequila Mockingbird Studios and I thought that I wanted to be a music engineer, but I didn’t like the late nights and music recording just wasn’t for me.”

Digital audio was just emerging as the new standard while Brown was studying at the University of Texas. “Back before it was even called Protools I started taking classes for it and my father’s friends started calling me saying ‘Hey, I’ll pay you to give me a lesson, how does this stuff work?’ And I kinda got into it that way,” Brown said. 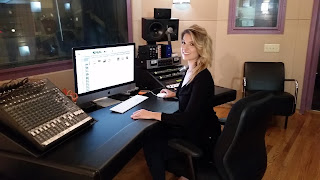 “What then changed me from music to film is that film director Robert Rodriguez came to town and he did not have a studio to do ADR. So he set up with the basics we had here at the time at Tequila Mockingbird and his people came in for the session but I ran the board. His people showed me how to set up a session and how to do ADR,” Brown said.

“I was also working with Matthew McConaughey on a TXDOT spot and he needed ADR too, and I thought, hey I now know how to do this. Between him and Robert, the LA studios felt comfortable using me for their ADR needs.

“My work nowadays is split, half the time on ADR and half on post production, Radio and TV stuff, sound effects and music editing, which is also fun. I like how quick these types of projects go, I am not on any one project for more than a few days. I’m in a really cool city, which is a hotspot now for film and TV production,” Brown said.

Chez Boom Audio interconnects to the film and TV studios in Los Angeles and beyond via ISDN connection allowing for sessions to be “attended” and worked on from anywhere. For the ISDN feeds and monitoring CUE setups, she uses a Mackie 1604 mixer.

“Most people when they do ADR do not want anything more than just a microphone and a mic pre and that’s it,” Brown said. “I use a Grace Designs 2 channel mic pre for ADR but also have available mic preamps from API and the AVID HD Omni 2 channel preamp.” Other pieces of studio kit include a Manley Vari-mu Compressor and large LCD flat panel screens for video overlay.

In 2015, Chez Boom Audio moved its base of operations to a bigger room at the Tequila Mockingbird Studio Complex. “The move was just because I had finally outgrown that old room,” Brown said. “I was doing enough big, high profile ADR work that it seemed like the time to upgrade my room to match the work.”

The new studio has now been remodeled in a comfortable setup to match Brown and her clients’ workflow, with both a large live room and vocal booth, both with line of sight to the control room, as well as a client office just off the control room. 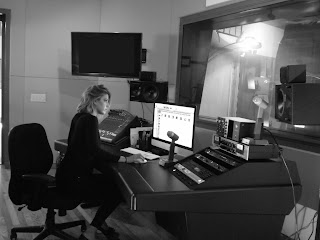 “The Argosy console is awesome, I think it looks like a starship. It was an easy choice to make coming from a no frills wood desk that was basically a table.” Purchased at the recommendation of friends and assembled by herself, the Argosy Dual 15 Workstation console is the centerpiece of the control room and lends a classy and professional tone to the entire studio image and workflow.

Chez Boom’s new live room can now accommodate all types of sessions, with movable sound baffles used to setup areas for ADR and voice over sessions. This allows the room to be scaled to the needs of the session. This is a great workflow solution as it allows for the area to accommodate from a single actor to a round table Podcast, and expanding it outward into the room allow for any combination of artist and even bands to work comfortably.

The main ADR setup includes a large LCD screen for playback and a clear line of sight to the control room. The mic selection consists of a Sennheiser MKH 416 microphone, the standard and most ask for mic for ADR work, and a Lavalier mic for backup, while a Neumann TLM 103 handles the voice version duties.

We had a lot of fun meeting Shayna Brown and touring Chez Boom Audio. For more information, check out Chez Boom’s website http://www.chezboomaudio.com

Posted by Tim Dolbear at 3:11 PM No comments: