Perfection vs Performance …but we can have both. 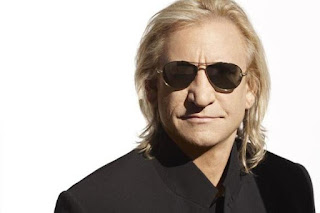 I have always been a producer that tracked out the band separately. Most bands I have worked with over the years have not been rehearsed up enough to track live. Bands nowadays don’t get the opportunity to work out parts as they did 25+ years ago.

In 1981 when Journey came in to record a new album, they had just toured for the previous year straight, and worked on the new material on the road. They were so tight as a band that tracking live was easy and natural for them. But nowadays things are different. Less opportunity to play live and labels that financed tours and gave opportunities to develop as a band are long gone. Bands that play originals are not able to be out performing all the time, there is just not the opportunity to do so. 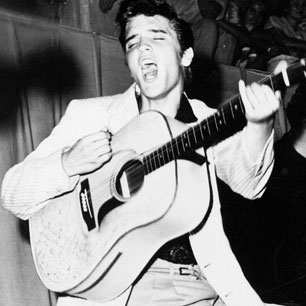 Less back up a bit, all the way to the start of rock ‘n roll and see where we went off track…


My wife Angela, a singer/songwriter herself and I just toured Graceland. When we left Elvis’ house and drove over to Nashville we popped in some Elvis, cause that’s what you do. The CD collection spanned his career starting with his fantastic early Rock ‘n rock/delta blues/country influence music and progressed through the Hawaii and Vegas years and into his over the top production in the 70s. We listen to about 5 songs and commented on what a great singer he really was, and the energy and life in his music. We heard just heard a few tunes from Sun Records and then tracks from RCA studio B in Nashville, all cut live with the band and singers all in a room performing the song live.

The album played and his career evolved, then something changed. He had had no pitch issues in his early recordings up through 1962, but his next studio albums in 1968 and 1969’s “From Elvis in Memphis” suddenly there are pitch issues. Mind you, these are not blatant pitch issues, just intonation issues caused by monitoring.

“That’s alright” During an uneventful recording session at Sun Studios on the evening of July 5, 1954, Presley, Scotty Moore (guitar) and Bill Black (string bass) were taking a break between recordings when Presley started fooling around with an up-tempo version of Arthur Crudup's song "That's All Right, Mama".Black began joining in on his upright bass, and soon they were joined by Moore on guitar. Producer Sam Phillips, taken aback by this sudden upbeat atmosphere, asked the three of them to start again so he could record it.
“Suspicious Minds” The 1969 recording “From Elvis in Memphis”: the song "Suspicious Minds" recorded at the January 23, 1969 session, that took place between 4 am and 7 am. It took eight takes to produce the music for the final song that was later overdubbed by Presley that same night.


I thought maybe it was because of his lifestyle but singling in pitch or intonated usually is not something that goes away with drugs use; listen to the Beatles, Arrowsmith, or a thousand other bands that recorded in the 60s/70s/80s. We also notice that the life and energy was gone, but that of course could have been a lifestyle factor.

Side note: Did you know that if a singer is tracking and is singing slightly but
consistently sharp, that means they can hear themselves too much and if you turn down their monitor send of their voice to their headphones or monitoring, you can bring them right back into tune. Same with flat, they hear themselves not enough, turn their voices up slightly and bring them back up intonated. Slight volume adjustments that the singer will not even really notice.
Side note to the side note… that’s why I am against monitor mixers in the booth with a singer, the type that have individual controls providing a “mix”. If the singer is setting the monitoring volume of their own voice, there is no fixing the intonation. As they can’t tell if they are off because of this volume phenomenon. 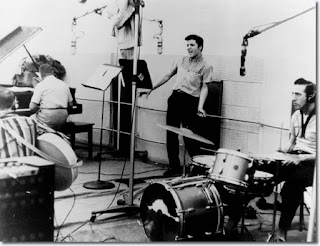 When Elvis was in the room with his band he was performing, and having fun. They were creating something special, not just manufacturing something or put the parts down.

So was this an isolation issue, an issue of being recorded alone and without the band at the same times? Or was it because in 1969 he was now monitoring through headphones? Angela hates recording with headphones, always has, and there are a few singers out there that have been reported to track in the control room with a handheld mic, Bono from U2 is one of those said to do this.

On the other hand, as a studio musician I have learned to do full takes to get great energy from my instrument when tracking alone, others I work with also seem to get great takes while tracking alone. But when I track electric guitar I am in the control room with the speakers cranked up and I am into it. So is it as simple as just tracking through the entire song without punching and then comping takes together later? Or are we back to headphones being suspect?

First and foremost, the vocals are the most important part of a song after the song itself. 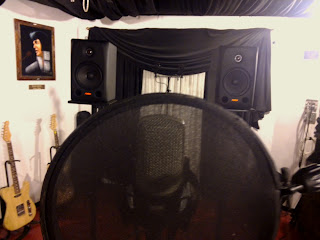 Back at Eclectica Studios to test out our theories, we setup a pair of Fostex PX-6 studio monitors in the live room, about 3ft in front of Angela with a handheld mic in her hand. We then setup playback of the music into the monitors and tracked her singing with the hand held microphone to the song “Storms”, a single she released last December. Instantly she loved this setup; the freedom, the simple performing of the song, free in the room.

We next set up a large diaphragm studio recording mic, just a simple SHURE KSM series with a proper wind screen setup on a stand, just as we would in a “normal” vocal recording session, but with the speakers still taking the place of the headphones. We got some speaker bleed as you would imaging, but to offset that, we recorded a 2nd pass with her standing in front of the mic but not singing. Then on playback we played both the vocal and non-vocal versions with the non-vocal version flipped out of phase to cancel most of the speaker’s bleed, it worked rather well!


Then I stuck a set of my favorite KRK headphones( KNS 8400) on her, we dialed in the monitoring using the headphones and killed the speakers in the room and recorded her singing the song 1 more time. Angela then joined me in the control room and we listened back to her takes, and instantly we were able to hear a different in performance, energy, tone and pitch.

The versions with the speakers in the room were in pitch though-out, the performance was open and natural. But the version with headphones was noticeably pitchy and lifeless in comparison. You could hear her listening to the headphone monitors and having to focus on listening to the headphones for lack of a better description. The takes with the speakers in the room she just sang the song the way she does live; cut loose and not held back or distracted by the strange monitoring. It sounded perfect! and Amazing!

There was no real difference performance wise between the handheld and the studio mic versions outside of a little music bleeding through which was really a non-factor. Since the studio mic sounded better as it’s a studio mic, that’s the directions we will continue with. We ended up moving the monitors back to be about 6’ away from the mic and singing position as they filled the room and sounded better from there.

We are early into this and already have a permanent setup for tracking vocals with the speaker setup. It’s wonderful, as if the band is in the room with you and not strapped onto the sides of your head. The volume of the speakers is controlled by the singer and no vocals are fed back into them. So the speaker monitor volume remains relatively low and the singer hears themselves in the room.

So...
It’s not for everyone, but everyone should try it. You can't pitch correct the takes afterwards because of the bleed through of the music. But you won’t need to if you are rehearsed. So, if you want a “pop autotuned” sounding vocal, well Autotune sucks the life out of the performance anyway so just use headphones... but, I suggest that you just try this out, this was not a subtle difference.