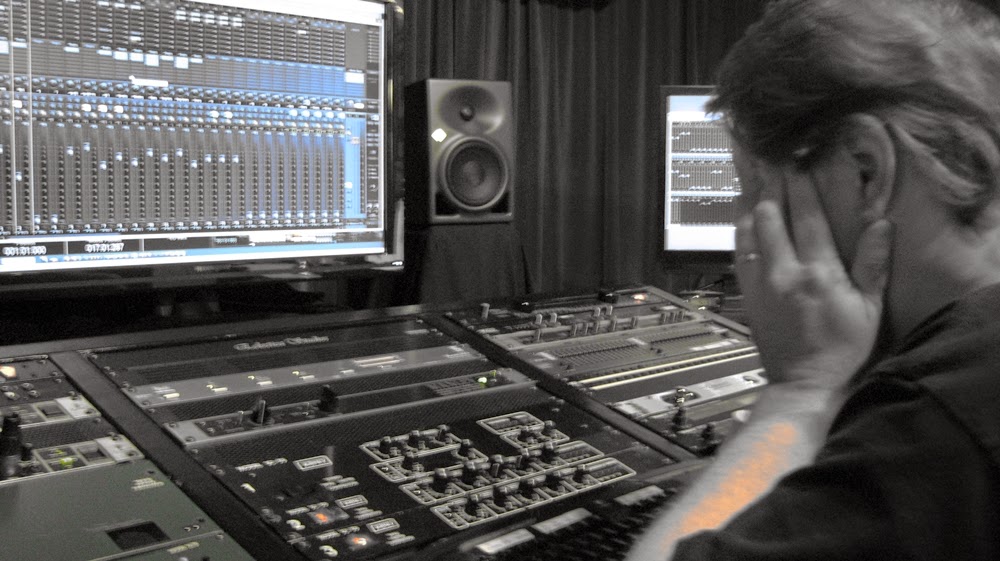 1. "Polishing a turd" - The acted of mixing a less than good song, doing extra special production tricks to shine it up. Its shiny and pretty, but its still a turd.

2. "Adding some cheese to the taco"   - When mixing an 80's hairband, and you realized you have mixed it too modern and have to go back and add dated production ideas to make it acceptable to the client.  While adding this cheese, you say to yourself,  "eewww, gawd, this is terrible, they are going to love this!!"

3. "LSD"  - This one came from Keith Olsen's meaning "Lead singer's disease"  When a singer is acting like a lead singer...

4. "VD"  - "Vocal destruction" You know when you are mixing a track that was recorded elsewhere and you start by mixing the drums, then bring in the bass, and  the guitars and get the music just sounding great, big smile on your face... then you bring up the lead vocal fader and the track just goes into the toilet.  Here was this great track you were nail'n and the vocals just ruin it. Doesn't mater how much polishing of the turd you do, the vocals are still crap and are destroying  the track...